The Blessings of a Wealth Vase 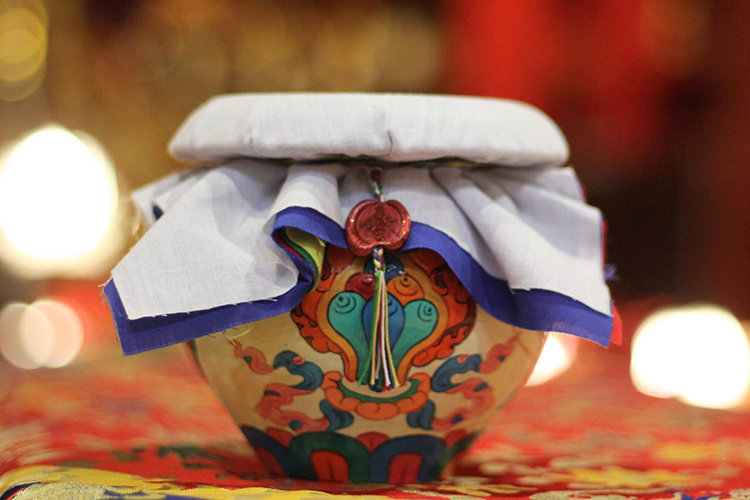 Wealth vases bring the blessings of the guru in the form of wealth deities to increase inner spiritual wealth of merit and virtue, and outer abundance of health, wealth, and renown. The greatest wealth is a vast accumulation of merit and wisdom, which arises from Dharma practice and the performance of virtue for the benefit of others. From merit and wisdom arises worldly success.

To strengthen the auspicious connection between spiritual and material wealth, on New Year Day, January 1, Tsechen Kunchab Ling has requested His Holiness the 41st Sakya Trichen and His Holiness the 42nd Sakya Trizin to consecrate White Mahakala wealth vases and images of the deity.

And the Blessings of Retreat 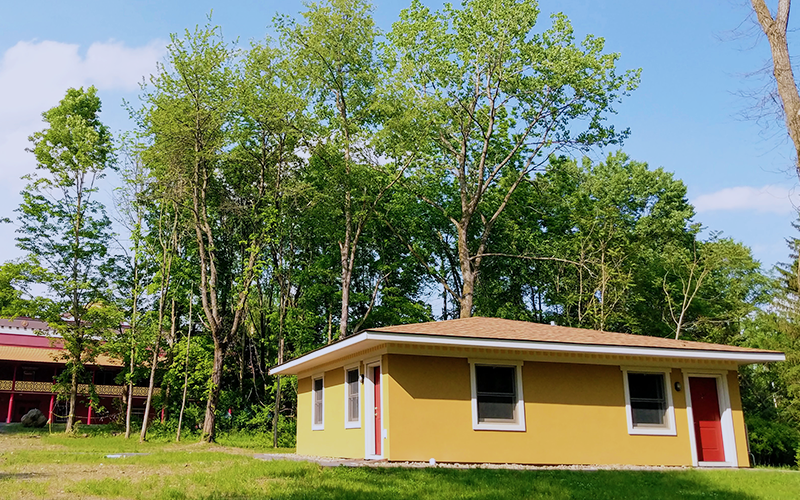 The temple is offering the consecrated wealth vases and pictures of White Mahakala as gifts to benefactors who help to sponsor construction of additional retreat rooms at the Tsechen Kunchab Ling retreat center.  Benefactors are welcome to travel to Tsechen Kunchab Ling to do retreat in person. If this is not possible, making offerings to help expand the facilities for others to do retreat helps to bring about the auspicious connections that this opportunity will arise for you before long.

For an Auspicious New Year 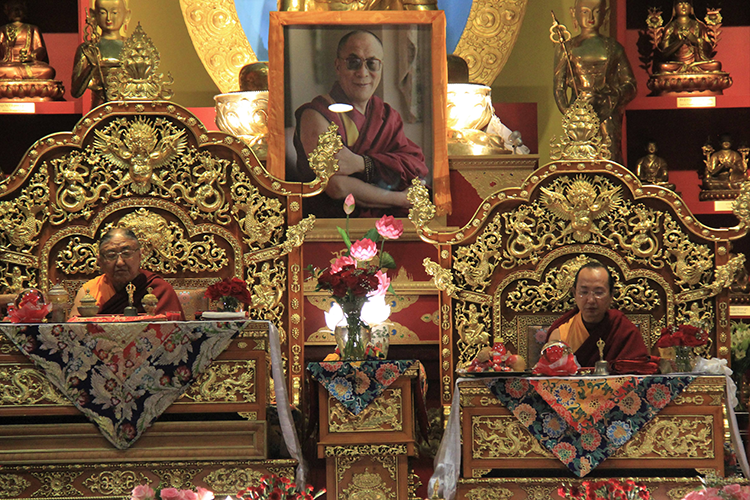 Wealth vases are assembled from pure ingredients in a long and careful process, according to the specifications of ancient texts. They are consecrated in an elaborate ritual that confers upon them the ability to magnetize spiritual and material abundance. White Mahakala wealth vases are special to the Sakya tradition.

>> See photos from the wealth vase consecration ritual on January 1, 2022

White Mahakala is a wealth deity who is an emanation of Avalokiteshvara. White Mahakala’s special blessing is to bring about auspicious increase in merit and virtue, as well as material wealth and success. It is said that long ago, in the presence of the Buddha Amitaba, the Bodhisattva Avalokiteshvara made the commitment to liberate all sentient beings from samsara and place them in happiness. Six times each day and each night, he liberated sentient beings and then, in order to work even more effectively, he emanated from his heart a letter HUNG, from which emanated White Mahakala, who is also known as the Wish-Fulfilling Jewel.

Among White Mahakala’s several names are Six-Armed Primordial Wisdom Protector, and Wish-Fulfilling Jewel Protector. Practicing this deity provides protection from fear in this life and in the bardo; brings the ability to magnetize gods, humans, and spirits; effortlessly brings people, wealth and food; grinds into dust negative forces such as enemies and those who cause obstructions; and swiftly achieves the common and uncommon attainments.

Wealth vases are a type of consecrated statue. They contain an image of White Mahakala, and a central pillar inscribed with seed syllables, surrounded by sacred mantra rolls. They are also filled with the five precious substances, including various precious and semi-precious jewels, money, medicines and medicinal herbs, fertile grains, nutritious foods, fine brocade and cloth, sandalwood, soil from the Buddhist pilgrimage sites and holy places, and drops of water from the Ganges and other sacred waters around the world. In short, a wealth vase contains all good things, assembled with prayers from pure sources from around the world.

Treat this wealth vase with the same veneration and respect accorded a statue. Keep it in your shrine in a box, covered by a khata, or behind another statue, so that it cannot be seen. The knot in the front should face east, or if that is not practical, it may face any appropriate direction, but not toward a door or window.

May this wealth vase bring prosperity, happiness, health, and success in your Dharma practice and daily life to you, your family, and the world.

How to sponsor construction of additional retreat cabins and/or undertake your own retreat:

Offering of $500 or more to the retreat cabin construction fund.

Offerings of any smaller amount to the retreat cabin construction fund

All donations are tax-deductible.