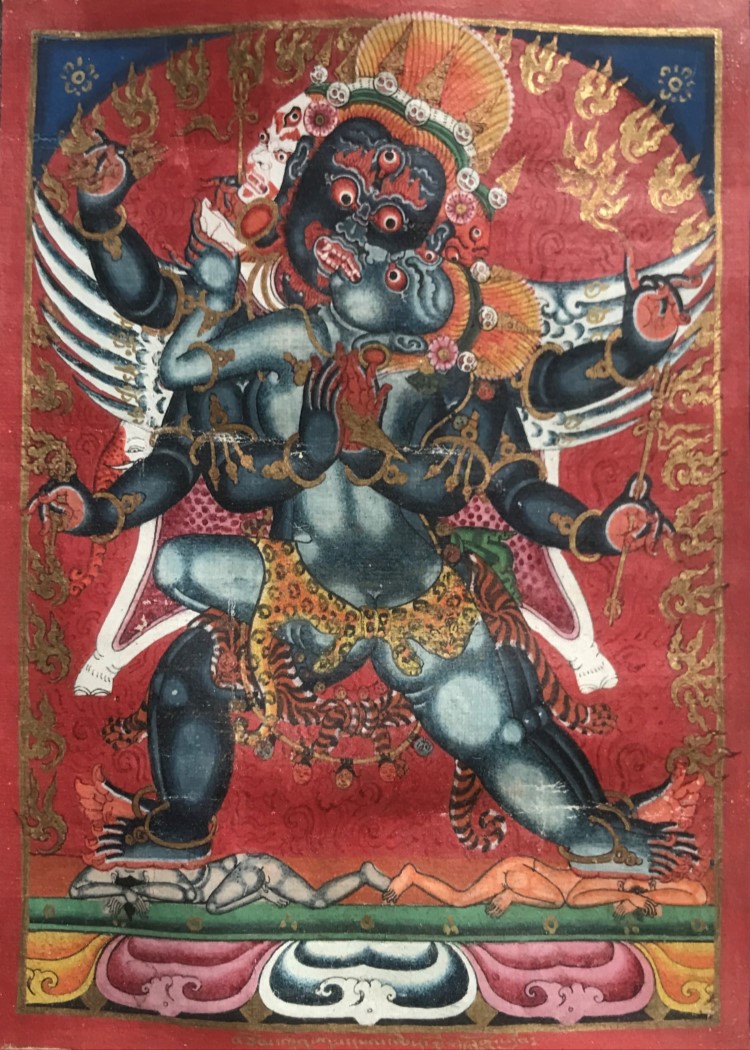 Venerable Khenpo Kalsang Gyaltsen is delighted to announce that His Eminence Gyana Vajra Rinpoche has consented to bestow the profound Vajrakilaya major empowerment at Tsechen Kunchab Ling on April 6-7, 2019. Vajrakilaya embodies the enlightened activity of all the Buddhas, and overcomes obstacles and defilements.

The Khon family, in which His Eminence Gyana Vajra Rinpoche is one of the most important lineage holders, received this practice directly from Padmasambava in the eighth century, when Buddhism was established in Tibet. Since that time until today, the Khon family lineage holders have maintained the daily practice and realization of Vajrakilaya as their special personal practice. Receiving the blessings of the Vajrakilaya major empowerment directly from such a senior member of the Khon family is an extraordinary blessing.

Receiving the empowerment requires attendance on both days.

Attendees are advised to arrive at 1:00 pm both days for registration and seating. Doors will be closed an hour later when the empowerment begins.

It is not possible to attend only one day of the empowerment.

Cost: $ 100 includes admission for both days.

An undertaking of this importance is only possible through the generosity of devoted Dharma sponsors.  All those with fortunate means and motivation are invited to share in the great merit of hosting this profound empowerment.  In addition to the virtuous karma of being a sponsor of the Dharma, sponsoring this empowerment strengthens one’s connection to these profound blessings.

The temple welcomes those who wish to accumulate merit by offering service to the temple and sangha during the event. Volunteers may help in various ways, including welcoming visitors; assisting with parking, and cleaning and resetting the shrine room. Volunteers will be recognized with appreciation at the conclusion of the empowerment. The temple does not pay volunteers nor does it offer tuition discounts for volunteering. Please note your preferred volunteer positions on your registration form.

Please arrange your own housing. A list of local options is available on our website. A forum for students looking to share housing and transportation is available–please see below for more information. We regret that there are no accommodations available at the temple, and camping on the temple grounds is not allowed during the teachings and empowerments.

Please arrange your own transportation. You can learn how to get to the temple by public transportation here: https://sakyatemple.org/how-to-visit/

What to bring and not to bring